Biorhythm is an hypothetical cycle that affects humans in some life aspects. Each aspect (physical, emotional, intellectual) has a different period (23, 28, 33 days respectively), and all periods begin when we are born, so of course the cycles will diverge.

Finding the right person has for centuries encompassed poetic thought and romantic vision. But is it possible to determine how compatible two people are based on their dates of birth and the cyclical patterns of time? According to Biorhythms theory, it is possible to gauge how a couple may fare in a relationship based on three specific cycles.

In retrospect, an analysis of couples biorhythmic compatibility may reveal gaps in the relationship or particular strengths, and why certain aspects of the partnership manifest as they do.

Biorhythms and the 3 Cycles

Biorhythm theory is based on the concept that each of us goes through a process of three cycles. These cycles begin at the day of birth and oscillate throughout one’s life. The three cycles in question are the physical, mental and emotional and each cycle has a specific meaning as well as its own period. The three cycles’ meaning and time frame are as follows:

The idea of periodic cycles and their connection to human experience has always been around, for example in the idea of lucky days. William Fliess, who was a Berlin physician and patient of Sigmund Freud, was the first to device the cycle of 23 days and the cycle of 28 days in the late nineteenth century.

Fliess based his findings upon observing regularities at 23 and 28 day intervals in phenomenon, such as birth and death. He later labelled the 23 day cycle as ‘male’ and the 28 day cycle as female. This is probably how these cycles later got their names in biorhythm theory, the physical representing the male and the emotional the female.

The third cycle, consisting of 33 days was discovered by Alfred Teltscher, a professor of engineering at the University of Innsbruck, who observed that his students had good and bad days academically in a rhythmic pattern of 33 days. He concluded that the brain ability to absorb and process information ran in a cycle of 33 days, giving the cycle its ascribed meaning and name, the mental cycle.

Biorhythms and compatibility is based on the idea that if two people’s cycles are in synch, they would fare better in establishing and managing their relationship. For example, if their emotional cycles are sychronised, this would make communication and empathy more likely and successful. In a similar vain, if their mental cycles are in sync, then this would be an advantage in matters such as decision making in the relationship.

In order to find out if a couple is compatible, each of their cycles would be calculated, to determine an average of all three. This process also determines in which cycles the couple is more compatible and may show which cycle would need greater care. For example, if there is a mismatched point in their emotional cycle, they could use the information to pay more attention to their moods and how those may affect the relationship.

Biorhythm calculations can also be applied to specific days, to see a more concentrated compatibility of a couple on specific days. Such calculations may help on deciding when a good time to travel would be, or when a couple should consider decisions regarding their relationship.

100%
The calculation is performed by date of birth. A high percentage of overall compatibility indicates a higher probability of establishing a good relation between people. 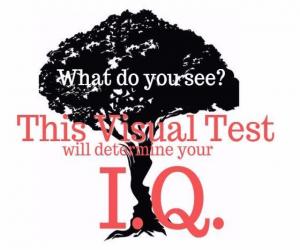 This Image-IQ Test will Reveal your Level of Education