The Chinese Baby Gender Chart was buried in a royal tomb over 700 years ago. Legend says that this chart is 93-percent accurate and this chart is currently on display at the Beijing Institute of Science. This chart has been used to predict the gender of an unborn child based on the mother's age and month of conception. The Baby Gender Predictor is based off the Chinese Lunar Calendar, and actually does the calculations to convert the mother's age to the proper format.

How to calculate your Chinese lunar age

To calculate your Chinese lunar age is not so complicated and confusing as some people think. You are 1-year-old when you are born, and add one more year after each Chinese New Year. If you born on Chinese New Year Eve before midnight, you are 2-year-old next morning!

Most of us can use this equation to calculate your Chinese age:

But if you plan to have baby in your birthday month and Chinese New Year just happens in that month, you need to check date of birth in Chinese lunar calendar, and when is Chinese New Year, you'd better to buy a Chinese Calendar or go to any Chinese Takeaway to ask for it.

Because we use Solar year to calculate Lunar year, we calculate Chinese age using Gregorian calendar year, sometime this will cause problems. Here I give you a very rare case: a baby boy was born on 13th February 2010, the next day 14th February 2010, he is two years old. Then after 4th February 2011, he will be 3 years old, but he hasn't passed his first birthday yet!

As legend would have it, the Chinese Baby Gender Chart was buried in a royal tomb over 700 years ago. Legend says that this chart is 93-percent accurate and this chart is currently on display at the Beijing Institute of Science. This chart has been used to predict the gender of an unborn child based on the mother's age and month of conception.

How to use Chinese baby gender chart

The Chinese baby gender chart rarely seems random when you are actually looking at it. If the mum-to-be was 18 when she conceived the baby, the odds of the child turning out to be boy are 10 out of 12. where as if the lady was twenty-one at the age of conception, the odds of having a boy are only 1 in 12. Overall, when you look carefully to the chart, it is noticed that when mother gets older, the chances of having a boy are about as similar as having a girl.

Simply find the age of the mother at the time of conception on the chart below and then follow across to the month the baby was conceived to find the predicted gender. Both the age and the month are in Chinese lunar calendar. Although this chart is said to have a success rate of 93 percent and there is no big point to do this when ultrasound scan can do the job scientifically, keep in mind that this is solely for entertainment purposes.

While this would be a quick and easy baby gender prediction method, there is actually no evidence that this theory is accurate. There is a recent study, "Sex, Heart Rate, and Age" from Terry J. DuBose, M.S., RDMS; Director Diagnostic Medical Sonography Program at the University of Arkansas for Medical Sciences, which indicates there is no correlation between foetal heart rate and the gender of the baby.

The human embryonic heart rate (EHR) accelerates at 3.3 beats per minute per day during the first month of beating. Beginning at a rate near the mother's, at approximately 80-85 B/M at the start of the 5th week, the heart rate accelerates to a mean of 175 B/M (+/-20) at 9 LMP weeks. This increase is approximately 10 beats every 3 days until the early 9th week. It then abruptly begins to decelerate.

Interestingly, however, a study published in the Journal of Obstetrics and Gynecology in 1999, revealed that the baby's sex does influence heart rate during the labor process, with the hearts of little girls waiting to be born beating faster than those of little boys.

This an easy baby gender prediction method to try. Take a pin, needle, or wedding ring and attach it to a thread or strand of hair. Hold the dangling item over mom to be's belly while she is lying down. If the needle or wedding ring swings in a strong circular motion, you will be having a girl. If it moves in a to and fro motion like a pendulum, you will be having a boy.

An alternate version of this baby gender prediction method is to dangle the needle or wedding ring over the expectant mom's wrist instead of belly.

There are some who think that women who suffer with the serious, long-lasting form of morning sickness known as hyperemesis gravidarium were more likely to give birth to girls. And, unlike the numerous old wives' tales designed to help mothers-to-be to predict the sex of their children, experts say this one has the backing of science.

In an article published in the leading medical journal Lancet in 1999, it appears it could be true. While the margin of difference between sexes was small, it was, they say, statistically significant, and Pregnancy hormone hCG, which is generally higher in women who have severe morning sickness and may be secreted in greater amounts by female fetuses.

Chinese gender predictor it's based on the popular Chinese lunar calendar. Althought there is no scientific proof of its accuracy, but case studies claim it to be right in about 70% of the cases. If you want reliable gender prediction, we suggest you to use a scientific test. This calculator however is great for entertainment and may just predict the gender of your baby right.

How Does Chinese Gender Prediction Work?

This baby gender prediction works based on the Chinese calendar and the conception of Lunar age. If you want to predict the gender of your future baby using this system, you need first to calculate your lunar mother age. Usually it's 2 years higher than your real age of conception, then based on your lunar and the Chinese lunar calendar you can intersect the age and month of conception to find the gender of your future baby. Using our calculator this task is much easier - we calculate your lunar age and everything else for you. 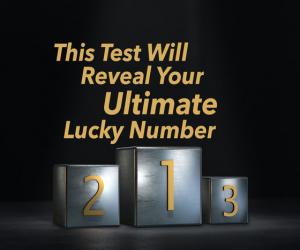 This Test will Reveal to You your Ultimate lucky Number