or As), or rising sign, is the zodiacal sign and degree that was ascending on the eastern horizon at the specific time and location of an event. According to astrological theory, celestial phenomena reflect or determine human activity on the principle of 'as above so below'. Thus astrologers believe that the ascendant signifies a person's awakening consciousness, in the same way that the Sun's appearance on the eastern horizon signifies the dawn of a new day.

Because the ascendant is specific to a particular time and place, to astrologers it signifies the individual environment and conditioning that a person receives during their upbringing, and also the circumstances of their childhood. For this reason astrologers believe that the ascendant is also concerned with how a person has learned to present him or herself to the world, especially in public and in impersonal situations. To astrologers, in some circumstances, it can function as a shield or mask to guard a person's real nature - in other words the 'defense mechanism' every person has to cope with unfamiliar or uncomfortable situations. Astrologers believe the ascendant also has a strong bearing on a person's physical appearance and overall health.

The Ascendant is thus considered to be of great significance in all schools of astrology because it in effect serves as the filter through which everything in a horoscope- including the Sun and Moon- is expressed. Most astrologers believe that the Rising Sign exerts an influence equal to or more powerful than the Sun and Moon. In Jyotish, the ascendant is without question the most individual and defining element in the chart. 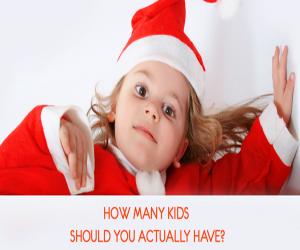 How many Kids should you actually have?