Nakshatra, the Birth Star or Naalu

Unique to Vedic astrology, the Nakshatras, or lunar constellations, are directly connected to the Moon and her myriad of expressions. The Moon changes signs (houses) roughly every 2.3 days, taking 28 days to move through the twelve signs of the zodiac. This gives two weeks for a waxing (bright half) Moon and two weeks for a waning (dark half) Moon.

The Moon is connected to our intuition, intelligence and the nature of the mind and emotions. These "Moon parts" within us are ever-changing, fickle, and correlate to the endless movement and change of the Moon. Whereas the movement of the Sun is linked to the 12 signs of the zodiac, the movement of the Moon is connected to the 27 nakshatras. The Moon is the lord of all the nakshatras, where the Sun is the lord of all the rasis (signs).

In the Vedic system of astrology, there are 27 nakshatras (though some texts refer to 28 for specific spiritual purposes) which easily divides the 360 degrees of entire zodiac into roughly 13.2 degrees of arc per nakshatra.

Nakshatras are pranic (sanskrit for life force) in their nature and show the direction of the pranic flow of nature at any given time. The nakshatras tell us where the prana is being directed, how its tendencies might manifest, and where Nature is giving her support for expression. They can be seen as natural forces (through the weather, seasons etc), as mental/emotional tendencies (how the internal landscape is functioning) or as cosmic archetypes that offer their guidance through elaborate, ancient myths and stories. This is a unique part of Vedic astrology and a tool that is used for specifically and accurately making predictions, as well as to understand how an individual's karma will manifest in and around them.

The nakshatras have a close connection to the Moon and nature as well as mind and emotions. They give us a heightened sense of lunar intelligence and share her mysteries with us very intimately. Each nakshatra is ruled by a deity (a personified manifestation of its pranic existence), has at least one symbol, and also has a ruling planet as well. These connections help to further explain what the nakshatra can offer us at any given time and how it will effect us.

The most important nakshatra of the natal chart is one's Moon nakshatra which represents our mind, intuition and emotional self. The deity will express the quality of a person's thinking and explain their internal processing, while the symbol and planetary rulership further refines its potential.

The nakshatras dictate of what the first syllable of a baby's name should be, a phonetic sound of the actual syllable .. not the exact spelling. In general the chances are that a name could begin with the same phonetic sound but a different spelling.

Each Nakshatra is traditionally associated with one or more symbolic objects, which are shown in the following Sirius' chart wheel with Nakshatra symbols: 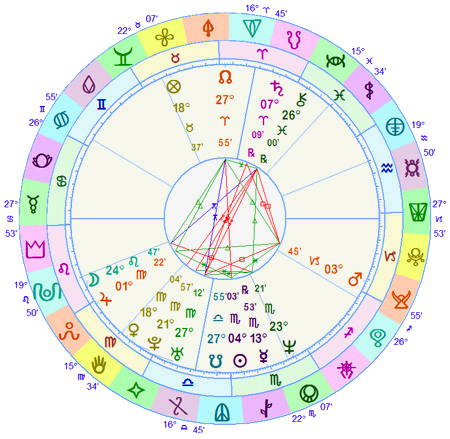 Below is a basic understanding of each nakshatra. Look for your natal Moon nakshatra in your Jyotish chart and find it here on the list.

Ashwini: Ruled by the Ashwini twins, Sasra and Satya, known as the doctors of the gods. Healing, rejuvenation, Ayurveda and the creative as well as the healing arts are exemplified here. Symbol: Horse head.

Bharani: Ruled by the deity Yama, lord of death, called the "king of dharma". He brings self-control and restraint as well as death and transformation. Symbol: Yoni (Vagina).

Rohini: Ruled by Lord Brahma, the god of creation who created the universe from his navel. Sometimes he is called Prajapati, lord of progeny. Creativity and culture are exemplified here. Symbol: Ox cart.

Mrigashirsha: Ruled by Soma which is the Vedic name for the Moon, lord of all the nakshatras. Friendliness, a fickle nature, creativity, comforts as well as growth, ojas, and procreative power are here. Symbol: Deer head with antlers.

Ardra: Ruled by the storm god, Rudra, born of the creator's rage. He brings destruction, emotional upheaval, storms and natural disasters, as well as sickness. Rudra has immense strength. Symbol: Teardrop and perspiration or a human head.

Punarvasu: Ruled by Aditi, the mother of all goodness, the eternal Ma. She gives abundance, unity consciousness, compassion and unboundedness, as well as protection and guidance, learning and expansion. Symbol: Quiver of arrows.

Magha: Ruled by Pitr, who is connected to the ancestors as well as father and the paternal lineage. Strong masculine energy is here, with a sense of duty and a need for ancestral connection as well as authority. Symbol: Throne room.

Poorva Phalguni: Ruled by Bhaga who is connected to resources, wealth and luck. He presides over love and relationship, affection and sexual passion. Symbol: Back legs of a bed.

Uttara Phalguni: Ruled by Aryaman who offers health, bodily strength and sustenance. He presides over marriage, family and children, and is considered chief of the ancestors. Symbol: Front legs of a bed.

Hasta: Ruled by Savitr, a form of the Sun at the junction prior to dawn. He brings awareness, illumination, knowledge and insight, as well as our "waking up" and realizing. Symbol: Hand or fist.

Chitra: Ruled by Vishvakarma, the divine architect and chief of "construction" for the gods. Building and planning, construction and artistic creation, karma yoga, ornamentation, reconstruction are a part of Vishvakarma's offerings. Symbol: Shining jewel.

Swati: Ruled by Vayu, the wind god who is connected to cosmic life force. He correlates to both the internal and external winds (or prana) as well as strength, power and movement. Symbol: Sprout, sword, coral.

Vishakha: Ruled by the dual gods, Indra and Agni, who represent both political and spiritual power. They bring alliances and support systems and exemplify "team work". Symbol: Decorated gateway.

Anuradha: Ruled by Mitra, a form of the Sun, connected to friendship, companionship and allies. He is supportive and connected to fine detail work. Symbol: Lotus flower.

Jyeshtha: Ruled by Indra, king of the gods. Controlling urges and the senses, as well strength, power and heroism are strong here. Symbol: Talisman, an earring.

Moola: Ruled by Nirrti, the wife of adharma (sin). She goes against Natural Law and brings destruction and uprooting with her. Symbol: Bundle of roots or lion's tail.

Uttara Ashadha: Ruled by Vishvadeva, or the "all-gods", which are essentially the Universal Principles or Laws of Nature, personified. Dharma, nobility and good character are offered here. Symbol: Tusk of an elephant, planks of a bed.

Dhanishta: Ruled by Vasu, who brings wealth, shining, fame and wealth. There is a connection to light, jyotish, and creativity here. Symbol: Drum.

Shatabhisha: Ruled by Varuna, the guardian of Natural Law, or universal principles. He sees everything and brings his discrimination and judgment with him, while offering punishment and repentance. Symbol: Empty circle or a charm.

Purva Bhadrapada: Ruled by Ajaikapada, which is connected to lord of the dance, Lord Shiva. Dark tantra or ritual and purification can arise here, as well as tapas and penance. Symbol: Front of a funeral cot, two faced man.

Uttara Bhadrapada: Ruled by Ahirbudhnya, or the naga, serpent god who is connected to the deep nether regions, or our subconscious mind. Naga is connected to Ketu (south lunar node) as well as unseen, hidden territory. Symbol: Back legs of a funeral cot.

Revati: Ruled by Pushan, the nourisher, who offers guidance and protection on one's path and brings nourishment and prosperity with him. Symbol: Drum for keeping time. 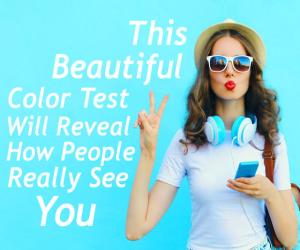 This color test will reveal how people really see you