Mangala Dosha (IAST: Maṅgala-doṣa), also known as Mangal Dosh, Kuja Dosha, Bhom Dosha or Angarakha Dosha, because of schwa deletion, is a Hindu superstition prevalent in India and Nepal. A person born under the influence of Mars, Mangala, which is placed in Ascendant, 2nd house, 4th house, 7th house, 8th house or 12th house in the birth chart; and as per Hindu astrology is said to have mangala dosha, the mars defect; such a person is called a Mangalik or Manglik.

In Indian Astrology, Mangal Dosha is considered as the foremost component to be judged at the time of Kundli Milan or Horoscope Matching. It is a commonly found dosha that may affect men and women equally. One of the most formidable outcomes associated with Mangal Dosha is its influence on the longevity of spouse and the conjugal relationship. It is believed that the marriage between a Manglik and a non-Manglik is disastrous.

There are certain conceptions associated with presence of Mars in different house with Mangal Dosha like:

The negative influence of Manglik Dosha is cancelled, when:

Knowing the severity of the impact of Manglik Dosha, if there is a difference in the Kundli then such marriage is not allowed and should not happen. Usually, in such cases, Manglik Dosh remedy is performed. The difference in Manglik dosh can happen when one of the prospective partner's Manglik dosha is high or low level. Apart from this a person whose Manglik Dosha is of the high level then such person face the problem of delayed marriage or may end up with no marriage at all. In such cases, the only solution is Mangal Dosha remedy to ward off the impacts of Manglik Dosha. Even if you match two yog and they have Manglik Dosha it is recommended that they should be of the same level. 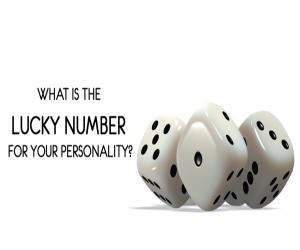