Kundali Matching or Kundli Milan is the Vedic Astrology equivalent of horoscope matching, a common tradition in hindu marriages where the choice of marriage is governed by a healthy Gun Milan score. In hindu societies, especially in India, where arranged marriages are common, kundali matching is the most important factor that is taken into consideration while moving ahead with a marriage proposal. Matching kundalis of prospective bride and groom will let them know how stars influence their marriage and what remedial measures need to be taken to ensure eternal marital bliss.

According to Hindu Vedic Astrology, a Kundli or Kundali, has 8 Kutas or Koota or Koot, which have in total 36 Guns or Guna or Gana. Ashta Kuta Milan or Gun Milan is a horoscope matching system that is used by most astrologers to check whether a girl and a boy are a good match for marriage. It is observed that in Kundali Matching, the higher the compatibility of the 36 Guns or Gunas, the higher is the probability that the bride and groom will have a happy marriage.

For thousands of years, Hindus have relied upon Vedic Astrology to make life's most important decisions, including the selection of their life partner. By using Vedic Astrology to predict future events, individuals are able to make informed or wise decisions today, which may help them circumvent disaster tomorrow.

The history of Vedic Astrology, also known as Jyotish or Jyoti, which is a controversial and extremely complicated. While the Vedic culture is estimated to be at least 5000 years old, it was only around 1500 B.C. that scriptures known as the Vedas, were compiled into written form or sanskrit by Vyasa Krishna Dwaipayana. Previously, the Vedas were passed down orally from one generation to the next.

It is believed that the Vedas were not of human by origin but instead they were hymns taught by God to the Rishi. Nowadays, the Rishi are referred to as Sages or Saints. When Vyasa compiled the Vedas, he divided the body of the Vedic mantras into four different parts: Rigveda, Samaveda, Yajurveda and Atharvaveda; which later were supplemented by the Vedangas, which on its own consist of six primarely subjects: Siksa or Phonetics, Chandas or Meter, Kalpa or Ritual, Vyakaran or Grammar, Nirukta or Etymology and Jyoti or Astrology.

In ancient times, when a child was born, their guardian used child's birth details as name, time and place, to create the child's Janam Kundali. From the beginning of the child's life, their guardian were taking numerous precautions in order to avoid any forthcoming mishaps predicted in the child's Janam Kundli or birth chart. It is said that when Prince Siddhartha was born, it was predicted that he would become either an emperor or a great spiritual leader. As we know, Prince Siddhartha become the supreme Buddha.

Prior to marriage, the Janam Kundali of the bride and groom are tested for their relationship compatibility, a process called Gun Milan, which is broken down into eight individual tests. Each test generates a certain number of Gunas or points which are added together to give an overall score. It is believed that if the number of Gunas is below 18, then the couple are incompatible. If the number of Gunas is between 18 and 24 then the match is average but acceptable. If the number is between 25 and 32 then the match is very good, while scores above 32 indicate that the bride and groom are of identical nature. Although couples with scores over 32 appear to be a perfect match, other factors must also be checked to ensure that the relationship will last as being identical is not always a good thing.

To find out if the marriage will lead a contented and prosperous existence or will have an unhappy ending or even comprehend the character of the relationship, fill out the form below. 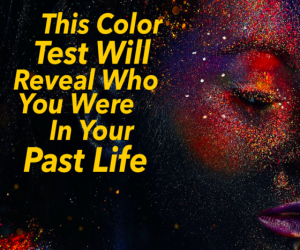