The use of coins by oracle making is very popular in Mongolia, whose influence during the ancient times might have driven the Chinese to change their original method of using yarrow stalks in the I Ching Oracle, in favor of coins.

During ancient times, the Mongolian shamans developed this oracle to help common people consult the Spirits, which even today is very trustworthy, accurate and widely used in Mongolia. The oracle uses five coins, because five is the number of the Man; having two legs, two arms and one head; and besides the Stars ruling human fortune often look to have five points.

The more ancient an oracle and its tools are the greater the Power it has accumulated over time is. The use of coins made out of bronze is prefered as a sacred alloy dating back to the mankind's first contacts with metals.

Each omen that you'll receive after clicking the "Throw your Coins" button, has a general statement and occasionally will provide specific predictions for:

Do not ask the same question twice or your omens will lose all of their value.

Mongolian shamans recommend to not repeat a question before 24 hours have elapsed. 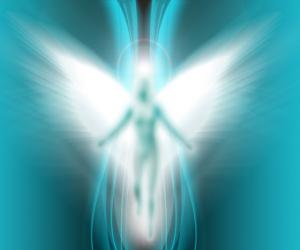 What kind of Angel are you?