Hindus believe in reincarnation, a belief that the soul is eternal and lives many lifetimes, in one body after another. The soul is sometimes born in a human body, sometimes in an animal body and sometimes in a plant body or else. Hindus believe that all forms of life contain a soul, and all souls have the chance to experience life in different forms.

The Hindu tradition perceives the existence of cyclical nature of the universe and everything within it. The cosmos follows one cycle within a framework of cycles. It may have been created and reach an end, but it represents only one turn in the perpetual wheel of time, which revolves infinitely through successive cycles of creation and destruction. Within this cycle of creation and destruction of the universe, the soul (atman) also follows its own version of cycle called samsara, the cycle of rebirth in which individual souls are repeatedly reincarnated.

The Sanskrit word samsara means "the repeated passing of souls through different worlds-gross or subtle." Thus, samsara means going through the cycle of repeated births and deaths. Under the influence of karma, the soul moves upwards and downwards on the wheel of rebirth, the round of birth, death and rebirth undergone by all living beings. It is a cycle of transmigration from one living form into another.

Reincarnation is an ancient belief, that after death your soul can be reborn in another flesh. It can transmigrate to a body of a new born child or even a plant, but most probably it will settle in an animal - find out which one will you be.

To find out what will you be in the next birth, fill out the form below. 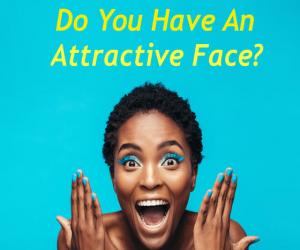 Do you have an Attractive Face?