Pregnancy, also known as gravidity or gestation, is the time during which one or more offspring develops inside a woman. A multiple pregnancy involves more than one offspring, such as with twins. Pregnancy can occur by sexual intercourse or assisted reproductive technology.

It usually lasts around 40 weeks from the last menstrual period (LMP) and ends in childbirth. This is just over nine lunar months, where each month is about 29½ days. When measured from conception it is about 38 weeks. An embryo is the developing offspring during the first eight weeks following conception, after which, the term fetus is used until birth. Symptoms of early pregnancy may include missed periods, tender breasts, nausea and vomiting, hunger, and frequent urination. Pregnancy may be confirmed with a pregnancy test.

Pregnancy is typically divided into three trimesters. The first trimester is from week one through 12 and includes conception. Conception is when the sperm fertilizes the egg. The fertilized egg then travels down the fallopian tube and attaches to the inside of the uterus, where it begins to form the fetus and placenta.

Figure Out When You're Ovulating

The best time to try and conceive is during the "fertile window" of the menstrual cycle, which is different for different women.

We're talking about the days in a woman's menstrual cycle when pregnancy is possible. Pregnancy is technically only possible during the five days before ovulation through to the day of ovulation.

The probability of pregnancy rises steadily until the two days before and including the day of ovulation.

At the end of the "fertile window", the probability of pregnancy declines rapidly and by 12-24 hours after she ovulates, a woman is no longer able to get pregnant during that cycle.

For those women who are not aware of their "fertile window" or when they ovulate, sexual intercourse is recommended every 2 to 3 days to help optimise their chance of conceiving.

The myth: The best time to try to conceive is day 14 of your menstrual cycle.

The truth: The only time a woman can conceive is during the "fertile window" of the menstrual cycle. This window will vary depending on the individual's cycle, however timing intercourse in the 6 days leading up to and including ovulation is the window with highest chance of conception.

Work out the length of your average menstrual cycle. Day one is the first day of the menstrual period and the last day is the day before the next period begins.

Ovulation happens about two weeks before the next expected period. So if your average menstrual cycle is 28 days, you ovulate around day 14.

Remember the "fertile window" is the six days leading up to and including ovulation.

How do you know you're ovulating?

The most accurate methods of working out when ovulation is about to occur are:

How to find out your most fertile days?

All you need to do is put in the first day of your last period. Then we need to know the average length of your menstrual cycle so we can calculate the window of time when you're most fertile. While the average cycle lasts 28 days, anything from 22 to 36 days is perfectly normal.

How soon can you take a pregnancy test? 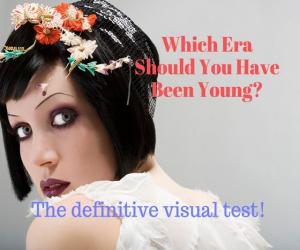 Which Era you should have been Young?