The Magic 8-Ball is used for fortune-telling or seeking advice, developed in the 1950s and manufactured by Mattel; often used in fiction, often for humor related to its giving accurate, inaccurate, or otherwise statistically improbable answers.

An 8-ball was used as a fortune-telling device in the 1940 Three Stooges short, You Nazty Spy!, and called a "magic ball". While Magic 8-Ball did not exist in its current form until 1950, the functional component was invented by Albert C. Carter, inspired by a spirit writing device used by his mother, Mary, a Cincinnati clairvoyant. When Carter approached store owner Max Levinson about stocking the device, Levinson called in his brother-in-law Abe Bookman, a graduate of Ohio Mechanics Institute.

In 1944, Carter filed for a patent for the cylindrical device, assigning it in 1946 to Bookman, Levinson, and another partner in what came to be Alabe Crafts, Inc.; Albert and Abe. Alabe marketed and sold the cylinder as The Syco-Seer. Carter died sometime before the patent was granted in 1948. Bookman made improvements to The Syco-Seer, and in 1948, it was encased in an iridescent crystal ball. Though unsuccessful, the revamped product caught the attention of Chicago's Brunswick Billiards. In 1950 they commissioned Alabe Crafts to make a version in the form of a traditional black-and-white 8-ball.

The Magic 8-Ball is a hollow plastic sphere resembling an oversized, black-and-white 8-ball. Inside a cylindrical reservoir contains a white, plastic, icosahedral floating in alcohol dyed dark blue. Each of the die's 20 faces has an affirmative, negative, or non-committal statement printed in raised letters. These messages are read through a window on the ball's bottom.

To use the ball, it must be held with the window initially facing down. After "asking the ball" a yes-no question, the user then turns the ball so that the window faces up, setting in motion the liquid and dye inside. When the dye floats to the top and one face presses against the window, the raised letters displace the blue liquid to reveal the message as white letters on a blue background. Although many users shake the ball before turning it upright, the instructions warn against doing so to avoid white bubbles, which interfere with the performance of the ball itself.

The 20 answers inside a standard Magic 8-Ball are:

● It is certain
● It is decidedly so
● Without a doubt
● Yes definitely
● You may rely on it
● As I see it, yes
● Most likely
● Outlook good
● Yes
● Signs point to yes
● Reply hazy try again
● Ask again later
● Better not tell you now
● Cannot predict now
● Concentrate and ask again
● Don't count on it
● My reply is no
● My sources say no
● Outlook not so good
● Very doubtful

Magic 8-Ball is your go-to fortune teller that reaches into the future, to find the answers to your yes-or-no questions. It knows what will be, and is willing to share this with you. Just think of a question that can be answered "Yes" or "No", concentrate very hard, and click on the "Ask the Magic 8-Ball" button. 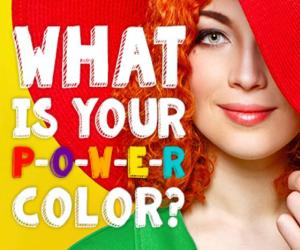 What is your Power Color?