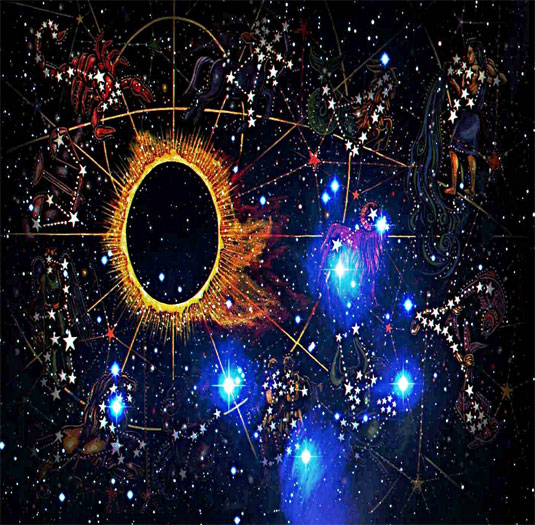 In astrology, your Zodiac sun sign mainly describes your basic character traits, your fundamental personality - especially when you are at rest, not involved in one or other intense activity.

The Zodiac consists of twelve star signs with twelve basic characters, in a circle around our planet. The position of the sun in the Zodiac at your birth decides what star sign or sun sign, you are.

The Zodiac Signs in the Horoscope

The Zodiac is a circle around the earth, used in astronomy to pinpoint positions of planets and other objects in our surrounding cosmos. Since ancient times, this circle has been divided into twelve parts, each 30° wide of the circle's total 360°. Those are the Zodiac signs. They correspond to constellations of stars in the sky, but the latter are not equally wide. Astrology as well as astronomy use the 30° Zodiac division.

In Zodiac sign astrology, the sun's position in the Zodiac at the time of your birth decides what star sign (or sun sign) you are. Each Zodiac sign represents a basic character, a tendency, which affects the sun in your horoscope accordingly.

The sun is not the only celestial body influenced by the Zodiac in the horoscope. Every planet moves through the Zodiac signs, and changes character according to what sign it occupies at the moment. But this website focuses on Zodiac sun sign astrology.

Your star sign (or sun sign) is the Zodiac sign the sun occupied at the moment of your birth. That's far from all in the complete birth chart, but the sun is very important in the horoscope, so it has a lot of influence.

The sun moves quite steadily at almost exactly 1° daily through the Zodiac. That means it spends about a month in each Zodiac sign and goes through it all in a year. Of course, it's really the earth orbiting the sun, but astrology uses the geocentric perspective (as seen from earth), where it seems to be the sun orbiting earth. In ancient times, they believed it to be the case.

Notice that the sun doesn't spend exactly one month in each Zodiac sign, since the twelve months are not all 30 days long. Also, the year is not 360 days, like the degrees of a circle, but 365 and a quarter. That's the reason for our leap years, when we add a day. So, the date when the sun moves from one Zodiac sign to the other can shift as much as a day from year to year.

Ruling and Exalting Planets in the Zodiac

In astrology, each Zodiac sign is said to have a ruling and an exalting planet. This simply means that some plaÂ­nets are particularly enforced by the traits of that Zodiac sign. Both the sun and the moon are regarded as planets in this context. Since there are twelve Zodiac signs and only ten planets, Venus and Mercury rule and exalt in two signs each.

In Zodiac sign astrology, focusing on your sun sign, you should be most concerned about this if you are Aries or Leo, since that's where the sun exalts and rules, respectively. But if you study your complete horoscope birth chart, you should check this for every planet.

The Zodiac sign character traits mainly stem from their astrological element and quality. Every Zodiac sign in the horoscope belongs to one of the four Greek elements, which represent four basic expressions of life:

Since there are twelve Zodiac signs and four elements, three signs belong to each element. There are also three different basic qualities that signs have, expessing their major tendency:

Four elements and three qualities make twelve possible combinations. So, each Zodiac sign has its own unique combination of element and quality.

The Twelve Zodiac Signs and Their Traits

Here are the Zodiac signs, their symbols (glyphs), and keywords of my choosing for what they represent in astrology and the horoscope in short. The order of the Zodiac signs is the traditional one.

It starts with Aries, which the sun enters at the vernal equinox, celebrated as the New Year in ancient times, and finishes with Pisces. 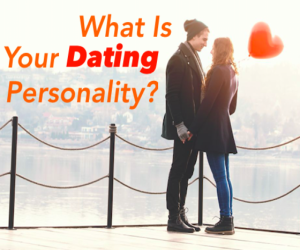 What is your Dating Personality? 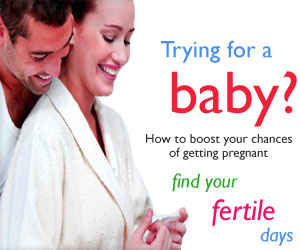