The Ecliptic and the Zodiac 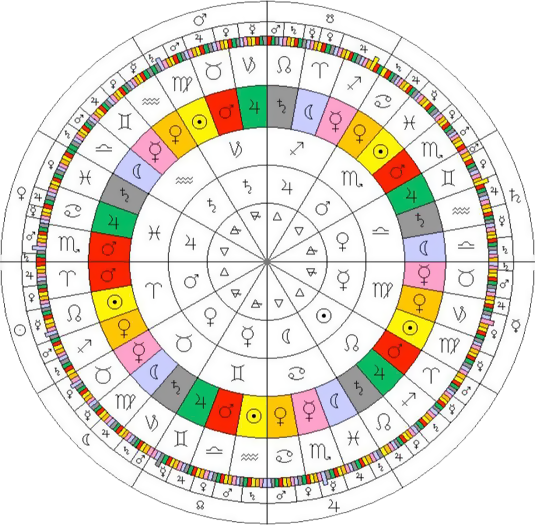 Before we learn anything about the zodiac, we need to understand the ecliptic.

The definition of ecliptic is: the imaginary path of the Sun across the sky. However, this can be a bit misleading.

We all know that in the morning, the Sun rises in the East, and that in the evening it sets in the West. This, however, is not the movement that defines the ecliptic. To understand what the ecliptic actually is, we must first imagine the Earth without its precious atmosphere that causes the sky to be blue. This would result in our being able to see the Sun against the background of the stars in the middle of the day.

If we decided to track how the Sun moves day by day against the background of stars, we would notice that its position changes slowly, just a little bit every day, and it takes one whole year for the Sun to complete its circle around the sky. If we connect all the points on the starry sky through which the sun has passed throughout the year, we get the ecliptic.

From the Ecliptic to the Zodiac

By definition, the Sun always moves along the ecliptic. The Moon and the planets' paths against the stars do not coincide with the ecliptic, but they also do not stray far from it. This is why the ecliptic is convenient for measuring the movement of the planets and defining where in the sky they are situated at any specific moment.

There is a zero point on the ecliptic from where all the measurements start - the point of vernal equinox, one of the two points where the ecliptic crosses the celestial equator. Don't worry about this for now. Just keep in mind that it exists. If you're curious, select any good book on astronomy to read more about it.

That road is the zodiacal belt, and the location of planets on it is typically expressed in astrology as the signs of the zodiac.

What are the Signs of the Zodiac

After careful study of this picture, you should be able to determine that 40 degrees of ecliptical longitude is the same as 10 degrees of Taurus, 123° 45' of longitude equals to 3° 45' Leo and 333° 33' on the ecliptic corresponds to 3° 33' Pisces. Now, try to answer the following questions:

Signs are Not Constellations

Constellations are the areas of the starry sky that are associated with certain groupings of stars. Constellations have irregular shape and size; their borders are more or less arbitrary, and in fact astronomers alter these borders from time to time.

The signs of the zodiac bear the names of the twelve constellations covered by the zodiacal belt, but this is about the only connection between the signs and constellations. There are very few relatively exotic cases in astrology where constellations are used. So in mainstream astrology, whenever Aries, or Taurus, or Gemini, etc., is mentioned, you can be sure that the sign of the zodiac is the thing being referred to, rather than the constellation.

The zodiac that was discussed above, where the first point of Aries coincides with the zero point of the ecliptic - the point of vernal equinox, is called Tropical, and this is the zodiac that is used, as a rule, in western astrology.

There is also something called sidereal zodiac, used by many schools of Indian astrology, where the first point of Aries coincides with some point on the starry sky. There are several differing opinions regarding the location of the start point, and so there are different versions of the sidereal zodiac. The important point to remember is that the signs of the sidereal zodiac are still equal sectors of 30 degrees, and not constellations.

A phenomenon known as the precession of the equinoxes is the continuous change in the rotational axis of the Earth, where the axis slowly traces out a cone. The amount of precession (the longitudinal difference) between the tropical and the sidereal zodiacs is called Ayanamsa; it is currently around 23 degrees and increases by approximately one degree every 70 years.

In these lessons, we will always use tropical zodiac, unless stated otherwise.

Remember that the signs of the zodiac are not just sectors of the ecliptic used for measurement. Each sign has numerous qualities and attributes associated with it, and together they form a distinct multidimensional portrait.

Like planets, the symbolical meaning of the signs of the zodiac is quite complex and can be perceived on different levels. If you are a serious student of astrology, you will never finish your study of the signs or the planets - there will be always something else to learn. However, we need to start somewhere, so in the next section, we'll begin with a brief description of the twelve signs.

The Symbolic Descriptions of the Twelve Signs of the Zodiac

Energy, impulsiveness, impatience; the urge to act despite obstacles. Full of initiative; proactive but typically unable to finish what was started. Aspires to be first, has a strong preference for simple solutions, and an inability to appreciate workarounds - "brakes were invented by cowards".

Practicality, deliberation, constancy and patience. In many cases, Taurus gives talent to dealing with plants. What Aries has started but abandoned, Taurus can continue for eternity. High capacity for work, especially if there is no need to do several things at once. Loves comfort and the ability to create it. Possesses thriftiness, and a good understanding of the value of things.

Contactability, flexibility, adaptability, and the ability to do several things at the same time. Has an interest in any kind of information, from newspapers and soap operas to books on math and physics. Talent in languages, wide range of interests, and is changeable, with an inability to concentrate on a single matter.

Deep emotions, hidden from others. Needs security, with a private, protected space. Possesses prudence, has a desire and ability to care, nurture and foster. Takes initiative, especially in matters related to home, family, and household. Unpredictable, because their emotions - the main driving force behind their actions - are thoroughly hidden.

Brightness, expressiveness, with a desire to show off, to be noticed and praised. High creative potential, with an ability for significant achievements under the influence of inspiration. Desire to leader, and exhibits pride and egocentricity, but also generosity.

Displays interest in numerous tiny details in the world around them. Has the ability to be captivated by work that would seem unbearably boring to just about everyone else. Loves collecting, studying the inner workings of different mechanisms, and desires diversity in everything, with a need for constant variance when it comes to their sensations. Tend to seem very critical as the result of being able to take note of the tiniest faults. Quite often, has an interest in making healthy lifestyle choices.

Has an interest in partner relationships, communication, and an exchange of opinions. Possesses an inherent need to share joys and troubles with someone else, otherwise joys will seem imperfect and troubles will feel especially bitter. Desires fairness and objectivity, with a tendency to balance everything according to its opposite: black vs white, white vs black; hence, they are often indecisive and hesitant.

Has an intense inner life hidden under a veneer of impassivity. Negative feelings like envy, jealousy, or greed can be especially strong and might require an effort in order to control them and prevent them from over-complicating one's life. They experience increased sexuality, and have a magnetic influence on others that gives them an ability to manipulate them. Interested in everything secret, mysterious, with a desire to penetrate beyond the external shell of events in order to understand their hidden moving forces.

Has a very wide range of interests, talents and opinions, with a great desire to experience everything the world has to offer. Has an interest in anything foreign and exotic, from far away. Sagittarius wants to get everything at once, instant gratification, and that can create problems. On the other hand, no other sign can reach the scale of knowledge and the breadth of activities that Sagittarius has.

Serious, orderly, ambitious, and an intuitive understanding of the structure of society. Capricorn, even blindfolded, will quickly find the closest social ladder and will immediately try to climb it as high as possible. Has the ability to organize and to be an administrator, loves to make plans and schedules. They possess a respectful attitude towards their seniors and is rather strict with their juniors.

Displays some excentricity in combination with a deep, constant interest in some specific area of knowledge or sphere of activity. Loves everything new, unusual, original, and is focused on the future. Inventive, often having an innate ability to deal with technical stuff. Interested in the laws that rule society, and unwilling to be bound by any obligations.

Studying the Signs of the Zodiac

You are probably familiar with the symbolic descriptions of the signs of the zodiac to some degree. Most people know at least something about their Sun sign (misnamed by newspapers and magazines as "star sign"). Now that you know about the ecliptic and the zodiac, you understand that the Sun moves quite predictably along the ecliptic and it isn't difficult to find out in which sign of the zodiac it is situated on this or that day.

For example, from approximately the 21st of March to the 19th of April of every year, the Sun passes through the sign of Aries, and everybody who is born on one of those days will have their Sun in Aries. That fact will make the energy of Aries quite strong in the person's personality, but the energies of other signs will be present too. We will return to this in one of the coming lessons. For now, here is some advice on what is most important to remember from this lesson.

You should also be able to recite without looking the sequence of the signs of the zodiac. In order, these are:

Memorize this sequence starting with Aries and going to Pisces, and then in the opposite direction too. Test yourself: What is the sign before Libra? After Sagittarius? Before and after Leo? You should be able to answer these kind of questions quickly and easily.

Memorize the picture of the zodiac given in the beginning of this lesson. The better you remember the position of the signs on the zodiacal circle relative to each other, the easier it will be for you to read the complete horoscope in the future.

And one final thing: memorize which signs oppose each other on the circle, e.g., Aries is opposite Libra, Taurus is opposite Scorpio and so on. With time, you'll begin to notice that the signs opposite one another are very closely related to each other, as if they were two opposite sides of the same entity. 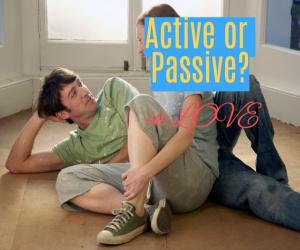 Are you Active or Passive in Love? 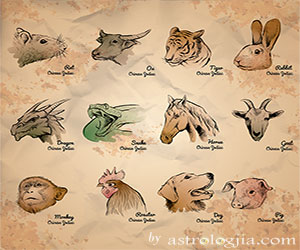