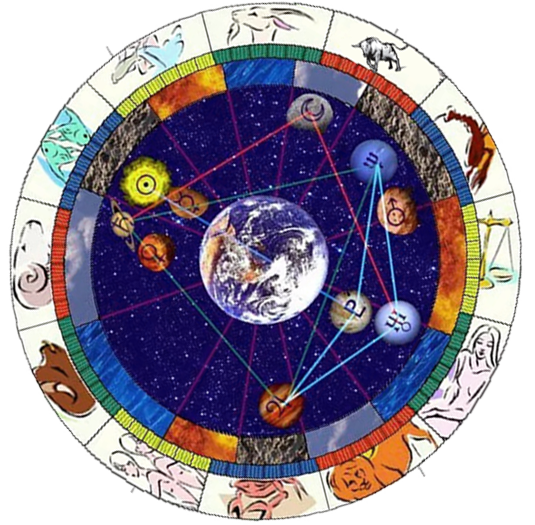 The planets that are found in an angle from the ascendant of a birth chart are given VIP seats. These planets conjunct angles, known as angular or succedent houses in astrology, represent main points of focus and prominent areas of life in a person's natal chart. Because they are so influential, they often serve as signposts for life events and directions taken by an individual.

The four angles in a birth chart – the ascendant (often referred to as rising), descendant (setting), midheaven (top) and imum coeli (bottom) – all serve important roles when studying someone's natal chart. When one or more planets rest directly on these angles, it can indicate that this area is especially highlighted in their lives. Ascendant: The degree in the zodiac that is rising over the eastern horizon at the time of a person's birth. Also known as rising sign or rising degree, the ascendant represents a person's personality and outward appearance. What is a Conjunction?

Planets conjunct angles are powerful and influential placements in astrology. When a planet is at the same degree of an angle, the energy of that planet is amplified by the angle, creating a strong impact on an individual's chart. Depending on which angle and planet are involved, these conjunctions can create both positive and negative changes in one’s life.

The four main angles in astrology are the Ascendant (also known as Rising), Descendant, Midheaven (MC) and Imum Coeli (IC). Each one represents different areas of life such as relationships, career ambitions, home/family environment and psychological foundations. Planets conjunct any of these four angles will greatly influence how that person experiences those areas of life depending on what sign or house the conjunction takes place in.

A Sun conjunct angle occurs when the planet is within two degrees of any astrological angle—the Ascendant (Rising), Midheaven (MC), Descendant (Setting), or Imum Coeli (IC). This type of alignment is considered extremely powerful as it signifies that the person will take a leading role in their own destiny and have a strong influence on the overall environment around them. The sign that the sun aligns with provides insight into the individual’s personality and how they use its energy to live their lives. The Sun conjunct Pluto is especially powerful. The sign associated with the sun can show what the individual's life purpose is and where they may be willing to make sacrifices in their life. It also shows how their personality takes on an intense, focused quality. This aspect can be very intense, but it can also give an individual the ability to transform themselves. They will certainly have a strong sense of self and their own identity, and they will not allow anyone to impose their will on them.

Moon Conjunct Angles in Astrology is an important concept to consider when looking at a person’s birth chart. This type of conjunction occurs when the Moon is within one degree of any of the four angles in an astrological chart: ascendant, descendant, midheaven and IC. When this happens, it has a significant effect on how that person’s chart will be interpreted.

The Moon represents our emotional responses and instinctual reactions while the angles represent our external environment and how we interact with it. When these two forces come together in a conjunction, they create a powerful energy that can affect both inner and outer life experience for the individual. It can also influence their relationships with others as well as their physical health.

In astrology, a planet conjunct an angle is when two or more planets appear close together in the sky at the same time. When this happens, it can have a powerful effect on your life and result in significant changes.

Mercury conjunct angles are especially noteworthy because Mercury is known as the messenger of the gods, and its presence brings with it news, ideas, and messages. It represents communication, travel, commerce and expression of all kinds. When it’s conjunct one of the angles in your chart - such as the ascendant (or rising sign), midheaven (MC) or descendant (DSC) - these areas of life tend to be emphasized for you. Your thoughts may also become sharper and more focused during this period as well. The energy of Mercury conjunct angles can be very positive and helpful, but it can also create a lot of stress. This is especially true if you have planets in the same sign as the angle. If you have planets in the same sign as an angle, they will be activated by that angle. This means that they will work harder and get a lot more done.

Mars conjunct angles in astrology is a powerful and dynamic influence that can both energize and challenge the individual. This aspect occurs when Mars resides within 5 degrees of an angle—the Ascendant, Descendant, Midheaven (MC) or Imum Coeli (IC)—in a birth chart. When this happens, the planet's energy is significantly intensified, as it operates in close proximity to these pivotal points of experience.

Mars is often associated with energy and action; hence, when this planet aligns with one of the four angles it can bring a tremendous amount of motivation to achieve success. The person may be particularly ambitious or competitive during this time—sometimes even overly so—but they are also likely to take assertive action on their goals and ambitions.

Jupiter conjunct angles in astrology has long been considered an auspicious placement when it is found in a chart. This conjunction occurs when the planet Jupiter is at exactly the same degree as one of the four chart angles: the Ascendant, Descendant, Midheaven, or Imum Coeli. It is believed that this position gives great power to those areas of life ruled by Jupiter and by the angle involved.

When Jupiter forms a conjunction with an angle of a natal chart, it can be seen as a blessing from higher forces. It helps to bring luck and abundance into areas ruled by both planets and angles, making success easier for those who have this aspect present in their birth charts. The native may also experience heightened creativity and intuition when Jupiter forms this conjunction with an angle.

Astrology is an ancient practice that looks to the stars and planets to make predictions about a person’s life. One of the key components of astrology is the angles in our birth charts, which are created by the relationship between celestial bodies. One such angle is called the Descendant, and when a planet conjunct or lies close to this angle, it can have a major influence on an individual’s destiny and future. Planets conjunct Descendant often indicate important changes in life - some positive, some challenging - that can shape who we become as people. The sign on the Descendant will modify how these planets manifest in our lives; for instance, having Jupiter conjunct Descendant in Leo may lead to more opportunities for recognition and fame than if Jupiter were conjunct Descendant in Virgo. Conjunctions to the Descendant are also called House Cusps. They are the foundation of the chart and represent your physical self. They are also the most important aspect of a chart.

The House Cusp shows where you physically associate yourself with. It can reveal where you feel most comfortable, secure, and what is familiar to you. The House Cusp is a part of the astrological formula that reveals what is motivating you in your life. It can tell us how you relate to others and how you want to be seen by others. It can reveal your deepest desires and most disturbing fears. It reveals the beliefs you hold most dear and how you handle crisis. It is also a key to understanding how others may be viewing you and what they are thinking about you.

Planets conjunct Midheaven (MC) are an incredibly powerful and meaningful combination in astrological readings. The MC, also known as the Medium Coeli, is the point at which the ecliptic crosses the meridian at the time of birth. It’s considered to be one of four major angles in a natal chart, and when a planet is in conjunction with this angle it can influence an individual’s life direction significantly. Planets conjunct MC represent qualities that are predominant throughout our lives; they offer us ambition and help guide us towards achieving our aspirations and goals. They often denote public recognition or celebrity status, as well as representing how we present ourselves outwardly to others. As such, their strength in a natal chart should not be underestimated - they can change our lives for better or worse depending on how we choose to use them. Sun conjunct MC

Planets conjunct the Imum Coeli (IC) or the Nadir

Astrology is the study of the positions and movements of celestial bodies to understand how they influence human behaviour. One type of position that astrologers use is when planets align with either the Imum Coeli (IC) or Nadir. When a planet is conjunct one of these angles, it has a powerful effect on events in an individual's life.

The IC, also known as the "bottom of Heaven," represents our roots, family and home environment and lays out the foundation for our life path. A planet conjunct this angle can indicate that we will be drawn to issues related to home, family and security throughout our lives, which can manifest in positive or negative ways depending on other factors in our chart. For example, if a planet is conjunct the IC of a child's chart, it may be that their home environment is troubled, and they will have to overcome difficult circumstances in their family life. This can spur them on to great achievements or it could lead to rebellion and bad behavior. Also, the IC is linked to the 9th house, so if it is involved in a chart, it can indicate that travel or foreign experiences are likely. It can also indicate that the native has a close connection with the world of commerce and/or high finance.

The effects of planets conjunct angles in astrology have shown that each angle and planet combination bring its own set of positive and negative outcomes. In order to maximize the potential benefits, it's important for an astrologer to properly assess all elements, chart placements, and planetary relationships involved.

In summary, planets conjunct angles in astrology represent moments where great growth or destruction can occur depending on how one chooses to respond to their circumstances. When a planet is conjunct an angle in a chart, it provides individuals with opportunities for personal transformation that can either be embraced or denied. With insight into which type of energies are being brought forth by these alignments, people can make more informed decisions about how they want their lives to take shape. 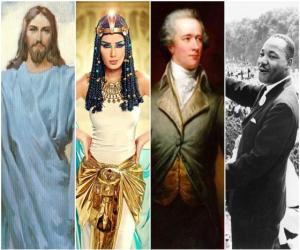 Which famous Historical Figure were you in a Past Life? 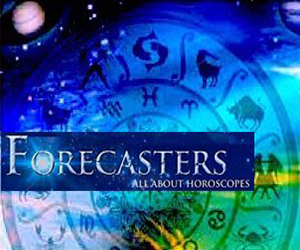